The primary role of the FCL Ambassadors is to promote innovative pedagogical practices and to support teachers in their country. The creation of the FCL Ambassador network was part of the sustainability programme following the closure of the European Commission-funded iTEC project (2010-2014) coordinated by European Schoolnet (EUN). The network was launched at the end of 2014 with 12 countries taking part. In the following years more countries joined, and some countries left the network. At this moment, the network of FCL Ambassadors has 15 members: Belgium (Flanders), Czech Republic, Denmark, Estonia, Finland, France, Hungary, Israel, Malta, Norway, Portugal, Slovakia, Spain and Turkey.

In this project, educational scenarios were piloted in over 2,500 classrooms across 20 European countries, with the goal of providing a sustainable model for fundamentally redesigning teaching and learning. 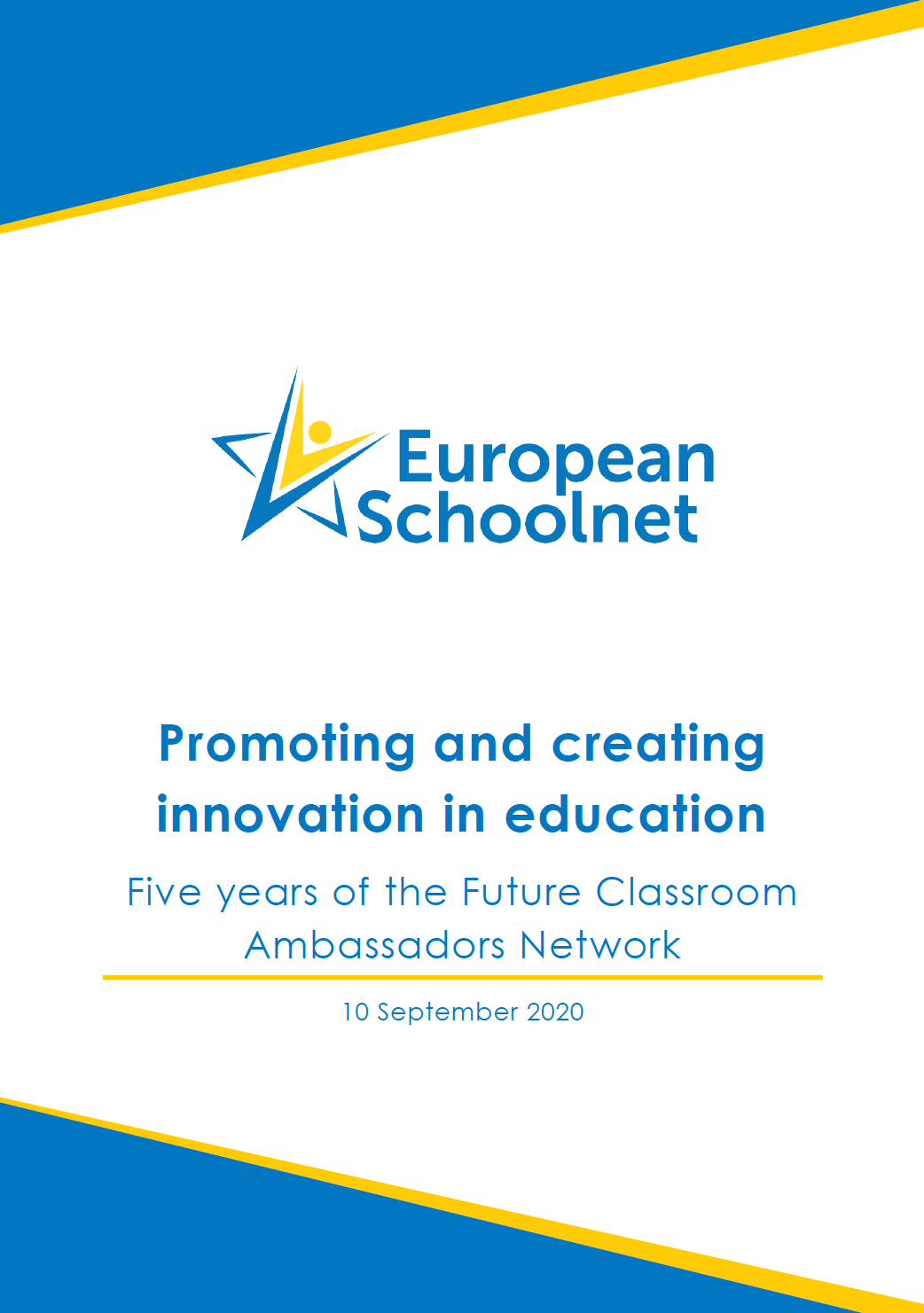 The "Promoting and Creating Innovation in Education – Five years of the Future Classroom Ambassadors Network" report offers you an overview on the activities and achievements of the FCL Ambassador network in six following areas during the past five years.

The aim of this report is to celebrate the five-year long journey of the FCL Ambassador network and the Ambassadors' efforts throughout this time, not forgetting those Ministries of Education who have trusted and invested in this initiative. We would also like to show the wide range of activities which can inspire all countries to organise similar things. Above all, we would like to encourage other countries to join the network and discover its benefits for themselves.

Each chapter includes an introduction summarising the main points, country spotlights offering examples from different countries, and other activities implemented mainly by European Schoolnet with and for the ambassadors. While the report is not exhaustive, it presents an overview of different activities carried out in the countries of the network. To know even more concerning what kind of activities have taken place at country level, we invite you to browse the FCL Ambassador Activity Digest (available online).

The FCL Ambassadors' Activity Digests are regularly published bulletins which summarise the recent activities of Lead and Local Ambassadors in each country. They include outcomes of and updates on past/present/upcoming activities, events and projects. The key purpose of the digest is to share inspiration within the FCL community across Europe. To find out exactly what activities have been organised by FCL Ambassadors in recent years, we invite you to read the FCL Activity Digest publications available.

The FCL Ambassador network is formed by Lead Ambassadors nominated by the Ministries of Education and European Schoolnet (EUN), which centrally coordinates pan-European activities and supports the work of the Lead Ambassadors by organising online meetings throughout the year, and onsite meetings/workshops which usually take place twice a year.

The Ambassadors promote initiatives of local Ministries of Education and contribute to strategies of upscaling innovation in education in their country. The FCL Ambassadors also connect local educators to the European scene of educational innovation. They actively promote and support European initiatives for teachers, in particular projects in which EUN is a lead or a partner.

The types of activities the FCL Ambassadors carry out to support teacher communities are varied but have a common goal of supporting teachers' professional growth and bringing teaching practices to a higher level.