On 7 March 2017 European Schoolnet had the honour to take part in the official opening of the the "Aula del Futuro", the future classroom created by INTEF of the Spanish Ministry of Education, Culture and Sport. The project was inaugurated by the Secretary of State for Education, Vocational Training and Universities, Marcial Marín.

Similar to the FCL in Brussels, the main characteristic of the "Aula del Futuro", besides the technology that it integrates, is the division into different learning areas, which will encourage teachers to reflect on how technologies can support the process of educational change. The classroom has now tablets, 360º cameras, mobile phones, touch screens, virtual reality glasses and furniture that allows reorganizing the space and support different kind of learning situations.

During the inauguration, 5th grade students from the CEIP Miguel de Cervantes de Leganés (Madrid), took part in mini-workshops showing how the classroom is used in practice. The young students also proved their presentation skills when explaining in detail what they did and how they did it.

The event was also attended by representatives of Samsung Spain and Steelcase, the first two companies collaborating with the project.

The enthusiasm about the new project was palpable among the staff as well the visitors of all ages. European Schoolnet wishes all the best to the new member of the family, and will stay tuned for more news and success stories! 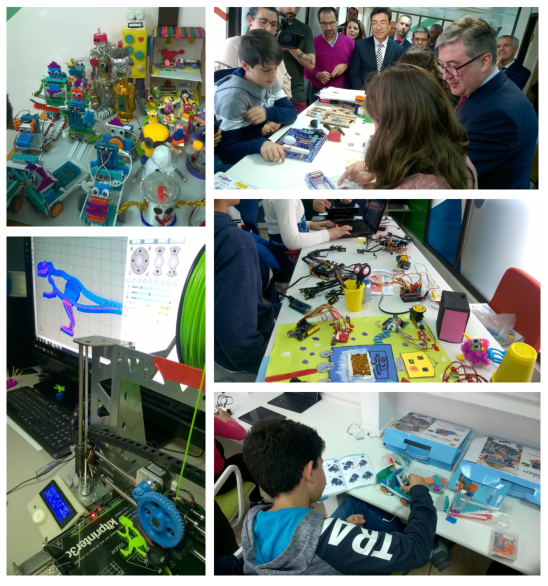 Go for active Learning - webinar on the new Scenario Tool

Get funded with up to €197K equity free and revolutionise the EdTech Industry!

A new project on school-to-school mentoring: join the MenSI webinar 26 May